ASSETs®: an acronym that well describes what this system is about
Access SBIR-STTR Scientific & Engineering Talent system:

Developed by long-time SBIR advocate Ann Eskesen, ASSETs is an integrated, market-pull, needs-driven system structured to provide the means - the tools, content diversity, resources AND opportunities (on and offline) - pro-actively and creatively to enable useful and relevant technology capability connections, to support real and appropriate business transactions and to facilitate viable, potentially sustainable working relationships between

Anchored in powerful analytical systems and for many years operational primarily in event mode (Face-to-Face (F2F): by-invitation, small-scale and targeted, highly interactive working sessions), ASSETs is now expanded to employ FOUR different techniques and approaches to enable these sustainable Working Relationships - STEP; F2F; IP3 and P3V.  Compelling evidence of the effectiveness of this highly sophisticated, data-driven, systematic mining of the detailed SBIR competency pool to match Tech Seeker needs to relevant expertise, is the fact that the ASSET system has already enabled more than $300M of working relationships and business transactions.

How is the ASSET system different?
.. simply "Validated competencies"
Collectively, SBIR Awardees are usefully understood as a quite remarkable -- perhaps unique -- aggregation of technical talent.  The basic premise from which ASSETs proceeds is that the extent and form of SBIR engagement by a small firm can be a useful starting indicator of what they may be capable of doing.  The assumption is not that SBIR involvement is causative. Instead, being SBIR involved functions as a very useful listing vehicle with, evenfor the very new Awardees, some a prelminary indication of (likely) competencies.   HOWEVER, to enable truly effective business partnering and technology collaborations, it is our poorfessional judgment that far more must be known about the capabilites of awardees than simply the extent and form of their SBIR involvement.

The clear differentiating factor of ASSETs, therefore, is that everything we do is anchored in systematic and ongoing compilation, tracking and maintenance of a wide range of useful indicators of technology competencies and business condition of SBIR-STTR Awardees: see Tracking Elements.  Further, we judge that in this partner-enabling mode, emphasis must be

In common with many others, we define what we do as "addressing Tech Seeker needs",  Critically, however, what we do - and particularly how we do it - cannot in any way be considered a form of CrowdSourcing or of Open Innovation.
With cause, fewer and fewer SBIR involved firms opt to play in these arenas.

In striking and deliberate contrast, ASSETs is entirely organized around meeting the needs of participating Tech Seeker from within the ranks of SBIR-involved - competency validated - Awardees.  Specifically, the effort is In sum, if you are 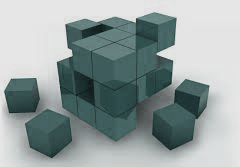 Thinking about the collectivity that is SBIR Awardees
as equivalent to a massively distributed R&D facility:
The trend analyses the extensive and comprehensive SBIR data compiled by the Innovation Development Institute LLC make possible - see Analytics area of this site - clearly shows that the collectively that is SBIR-STTR-involved firms is by far the largest single concentration of technical talent:  almost three times more graduate level engineers and scientists being SBIR employed and connected than all academic researcher combined.  HOWEVER, unlike the fairly well-defined (and readily identifiable) population of academic and non-profit research institutions, for those wishing on any systematic basis to engage this talent

can be a daunting challenge.  SBIR-involved firms are primarily - almost by definition - small in size: the overwhelming percentage employ fewer than 25 people with a major percentage being very young. They are over the map geographically, in terms of stage of business development, plans for their firm, resource access, areas of technical focus and by any other variable one might wish to list. Even among more established entities, if their SBIR involvement - and thereby their funding agency-identity

that Tech Seeker may never find what they seek or identify the hidden gem that could/would be potentially important.

From very shortly after achieving passage of the orginal SBIR enabling legislation, therefore, we opted instead to think about - and to address - the SBIR community as the equivalent of a massively distributed R&D facility likely to include within its ranks those of potentially considerable interest across any and all fields of technical endeavor.  By continuously

the ASSET system has become by far the most comprehensive and sophisticated means by which the value of what actually resides in that facility can be most effectively identified and realized.